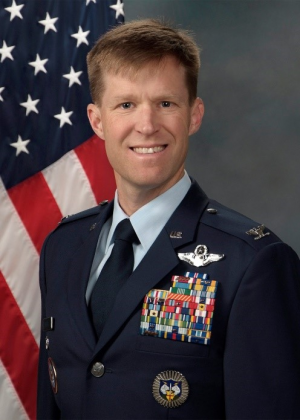 Colonel Meiter was commissioned in 1994 as a graduate of the U.S. Air Force Academy.

He previously commanded operational Units in Egypt, South-Korea and in Niger.

He is a command pilot with more than 2,300 hours, primarily in the F-16, and has combat hours in Operations Allied Force, Iraqi Freedom and Enduring Freedom.